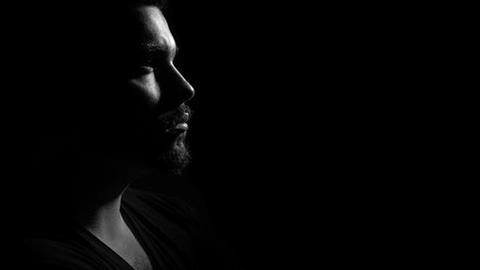 Walking through the valley of doubt

A crisis of faith is never welcome in a Christian’s life. Perhaps even less so in a church leader’s life. And least of all in the middle of a sermon they are preaching.

In 2014 Drew Sokol was the assistant pastor at a 2000-strong church in Los Angeles. One Sunday he was preaching at the first of three services. He says, “I was pointing to Jesus as the ultimate source of truth, but towards the end of that sermon I just stopped believing it. Mentally I just began to break down. I’d had what I thought were small doubts about my convictions for more than a year, but I didn’t quite realise how much until that moment.”

“I maintained composure but then I went and found a bathroom stall and just sobbed. I even threw up a couple of times. And that’s what the rest of that day looked like. Forced composure on stage for two more sermons, but an existential crisis off stage.”

I’ve gotten to know Drew since he had that crisis of faith. He is still a Christian. But experiencing profound doubt changed the way he approaches Christianity. It sent him on a quest for the historical Jesus. It led to a new venture, exploring the big questions with an atheist friend on a new podcast called Hinge and more recently a solo project called Room For Doubt. And, ultimately, it has led him to an unexpected, new and deeper faith… which he wouldn’t change for the world.

Just as King David spoke of a shepherd who was with him in the ‘valley of the shadow of death’, Christians need to learn to trust God in the valley of the shadow of doubt. Faith is not the same thing as certainty, nor is doubt always the enemy of faith. Questions and uncertainty will inevitably feature in the highs and lows of our faith journey as we learn to trust in a God we cannot physically taste, touch and see.

In his book The Benefit of the Doubt, Greg Boyd writes: “The faith that God’s people are called to embrace is one that encourages people to wrestle with God, to not be afraid of questions, and to act faithfully in the face of uncertainty.”

In many ways, that has been the purpose of the Unbelievable? show and podcast I host on Premier Christian Radio. Bringing Christians and non-believers together for an hour of weekly dialogue created a space for listeners to wrestle with questions, hear from ‘the other side’ and deal honestly with doubts.

Initially, the format did not sit well with everybody. “Why do we need to hear from atheists on a Christian radio station?” complained some listeners. However, I believe such questions come from a place of fear rather than faith.

Christians often desire a bubble-wrapped faith, hermetically sealed from challenging questions. However, the problem comes when we are confronted with a crisis - the death of loved one, a child who says they don’t believe, or some aspect of our worldview that gets challenged.

Too often I’ve seen Christians collapse when such crises arise, because they’d never been willing to expose themselves to doubts to begin with.

Over the years, I’ve personally had plenty of doubts thrown across the studio desk at me by some of the world’s leading sceptics. Yet today, I feel more confident in my faith than when I began. Not because I have all the answers (the more I learn, the more I realise how little I know). There remain many details to disagree about and plenty of questions to file under ‘mystery’ until we reach the other side of eternity.

Nevertheless the core of the Christian faith turns out to be remarkably robust, and makes sense of the world at large.

From its inception Christianity has been a public religion making claims that could be held up to historical scrutiny in the place it was birthed.

That’s not true of other religions. The precepts of Buddhism originated in the mind of the Buddha alone. The ancient writings of Hinduism derive from mystical teachings that are not located in a historical framework. Islam is constituted by the teaching and stories of the Qur’an, as related to Muhammad in a private angelic visitation. Likewise, many newer religions such as Mormonism have emerged out of the claims of private revelations to individuals.

In contrast, the claims by the first Christians about the life, death and resurrection of Jesus are all events that were accessible in the public sphere. From its birth, Christianity was an eminently falsifiable religion. That may sound like a bad thing, but in fact it’s a very important principle in the search for truth. The claims of most religions simply can’t be verified one way or the other.

However, the evidence for Jesus’ life, death and resurrection is remarkably strong (as many sceptics who tried to prove it otherwise have discovered). That’s not to say that our faith in Christ is based in the strength of the historical evidence alone. But it does mean that the head and the heart come together so that, rather than leaping blindly into the dark, we are taking a reasonable step of faith by trusting in Jesus.

But doubts will still come.

I had the privilege of interviewing Archbishop Rowan Williams at the end of his time in office. I asked him if he ever had any doubts about God. He answered, “Doubts that God exists? Doubts that God is loving? I don’t think so. Doubts about whether I’m making any sense of God? Yes, very regularly.”

Likewise, the doubts most of us will face are not necessarily the big intellectual ones. Instead, we doubt our own ability to discern what God is doing, to see his faithfulness when our lives turn messy, and to trust him all the same. As one emotionally overwhelmed father said to Jesus, “Lord I believe; help my unbelief” (Mark 9:24).

I heard a helpful maxim about bravery recently: “Being brave doesn’t mean that we don’t get scared. Bravery means doing the right thing even when we are scared.”

The same idea can be applied to our faith journey. Having faith doesn’t mean living without any doubts. Faith is about trusting in God even in the presence of our doubts.

The good news is that, whether emotional or intellectual, God welcomes us with all our questions and doubts and by his grace can use it all as a pathway to trusting him in new and unexpected ways.