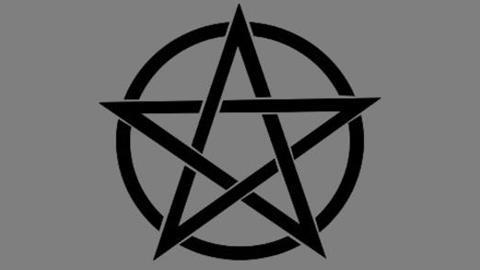 There’s been an explosion of interest in Witchcraft. But here’s what the media aren’t telling you

Wicca is the fastest growing religion in the world today.

That’s according to Professor Ronald Hutton from the University of Bristol. He was speaking on the Channel 4 programme A Very British Witchcraft, which aired last month. As Wicca has grown, so has the media interest surrounding it. For example, The Telegraph recently featured the stories of two young Wiccans. Like many, witchcraft ran in their families. We see this mirrored through the Bible with hereditary witchcraft and occultism. The article, titled ‘Meet the modern hipster witches’ even describes how to create your own potion during a full moon.

There have been other stories about witches around the world casting binding spells on President Donald Trump, attempting to stop him taking political action they regarded as negative.

Media interest has fueled Wicca’s explosive growth in our culture. Popularised by books and movies, such as Harry Potter, The Craft and others, there are now innumerable websites selling not only spell books, candles and crystals, but statues of ancient gods, goddesses, Hindu and Buddhist gods, as well as altar tables and ritual tools. Wiccan novices no longer need to join a local coven, they can easily teach themselves online, becoming solitary practitioners.

Sometimes, the media describe Wiccans by using false and patronising stereotypes. Wiccans aren’t restricted to groups of female teenaged Goths. People from all walks of life, including professionals, embrace The Craft, also known as Craft of The Wise. It is recognised and accepted in all areas of society now.

Like the New Age hippy socio-cultural and political revolution of the 1960s, paganism influences policy. During the Channel 4 documentary a spokesperson from the Police Pagan Association claimed: “Wicca is represented in the Home Office.” It has a great impact on our world and its influence looks set to increase.

Although many people assume witchcraft doesn’t work, it is actually very powerful, just as the Bible shows. As former occultists like myself can testify, people would not invest time, energy and money into something that failed to produce results.

According to the most recent Government census 57,000 people call themselves pagans and 18,000 identify as Wiccans, Druids and Heathens. Many expect these figures to double by the next census, two years from now.

Wicca is often regarded as a neo-pagan, nature-based spirituality, teaching we are all divine and aiming to show love and respect for all. It’s easy to see its attraction. However, Wicca is actually far more than this. Wiccans call on gods and goddesses, use divination, cast magick spells and create potions, believing this brings health and success. Most also believe in reincarnation, rather than heaven and hell. They are flexible, adopting many New Age beliefs and practises too.

The Origins of Wicca

Wicca was created in the 1940s by occultist Gerald Gardner, combining aspects from the above list with the occult. He traveled Asia, studying tribal religions. So Wicca isn’t an ancient religion, predating Christianity as many claim, but a form of syncretism, an eclectic blend of old and new spiritualities.

Even more concerning, Gardner incorporated many of the practices of Aleister Crowley, the world famous occultist, self-proclaimed as ‘The Great Beast’ and ‘wickedest man in the world.’ Crowley and his coven indulged in a secret and hedonistic lifestyle. He admitted in Confessions of Aleister Crowley, that Satan was his master. Before his death, he chose Gardner to become the heir to his occult society.

When The Witchcraft Act was abolished in 1951, Gardner quickly worked to promote Wicca worldwide via the media.

The Bible provides very clear instructions for Christians when it comes to the occult. God says in Exodus 20:3: “You shall have no other gods before me” and in Deuteronomy 18:10-11 “Let no one be found among you who sacrifices their son or daughter in the fire, who practices divination or sorcery, interprets omens, engages in witchcraft, or casts spells, or who is a medium of spiritist or who consults the dead.”

All through the Bible, God warns such practices bring curses to us and our offspring, not blessings. “Do not turn to mediums or seek out spiritists, for you will be defiled by them.” (Leviticus 19:31)

In Acts 19:17-20, former occultists burned their witchcraft books when they came to Jesus. In Acts 16:16, Paul cast a demon of divination out of the young woman who earned money for her slave owners by fortune-telling. Today many former pagans or occultists, like myself, testify to having demons cast out of them after turning to Christ.

Biblical teaching is clear. At the same time, sharing one-liners about hell and worshipping demons will only turn Wiccans and other spiritual seekers away. Instead, we must pray for them. Show them love and respect. God wants everyone to come to repentance. (1 Peter 3:9-15).

Because Wiccans are interested in powerful spiritual experiences, there is an open door for us to share the life-changing power of God with them. But to our shame, many of our churches reject them, turning them further away from Christ.

Let’s be friendly, let’s be a light. (Matthew 5:13-16). Responding with love and compassion will draw many to Christ.

Laura Maxwell is a former spiritualist. Read her full story here or visit her website ourspiritualquest.com for more information