The Sceptic: Why I've given up God for a year 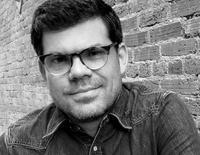 When former pastor Ryan J Bell announced at New Year 2014 his resolution to ‘try on’ atheism for a year, his blog post went viral around the world. He was applauded and criticised in equal measure.

Christians (and atheists) said that ‘trying on’ unbelief was a contradiction in terms. Others praised him for a brave decision to address his doubts by stepping outside his comfort zone. Bell says the decision felt like it was out of his hands.

‘It was not so much a choice, but it chose me. I was at a dead end in my faith after being a pastor for almost 20 years, and I wanted to live free of those frameworks. Stepping back from religion meant stepping back to give myself space to examine everything in a fresh way.’

Until March last year, Bell had been the increasingly liberal-leaning pastor of a Seventh-day Adventist congregation in Hollywood, Los Angeles. Stepping down from that role prompted the idea of trying to shed Christianity altogether. Now, six months in, he has not been attending church, reading the Bible or trying to pray. He admits, however, that having come to doubt numerous aspects of his faith over the years, prayer and Bible study had not featured strongly in his life prior to this shift.

‘As I pursued my education in theology and ministry, there were questions that presented themselves. You can avoid those questions and settle into a certainty or pattern of religious life, but I was never able to do that. My make-up is not such that I can bracket those things. So it’s definitely taken me on a journey to the place where I’ve felt like I need to put everything to the test.’

Does God make any difference?

Bell was also stumped by the question that another friend of his in ministry had been struggling with: What difference does believing in God actually make?

‘A lot of Christians have the notion that morals come from faith,’ Bell says. ‘The corollary is the suspicion that atheists don’t have morals, so have no source for their ethics. I’ve discovered that nothing could be further from the truth. But if it’s not our ethical disposition, the choices that we make, the love for our families, or the desire to do a good job at work, then what difference does God make?’

And there was another twist to the drama of Bell’s New Year announcement. He had held teaching  positions at two Christian universities, but both felt the need to relieve him of his duties while he pursued his year without faith. The news sparked an impromptu fundraising effort on the part of the online atheist community, to help him meet his living costs. Bell had no hand in organising the campaign, which he discovered as ‘a complete surprise’ when he woke up one morning.

‘Friends sent me text messages with a link in them. There was already a couple of thousand dollars. I was blown away. It wasn’t just atheists who contributed to that, there were also plenty of Christians who supported it because they felt the journey was significant; not just for me but for them too.’

Could the financial support of atheists mean Bell feels obliged to return the favour by eventually abandoning his faith altogether? ‘No,’ says Bell. ‘It felt like a research grant. Some of the donations were as small as $5, which was really sweet.’

If the cap fits, wear it

One of the most frequent criticisms levelled at Bell by believers and atheists alike is that his attempt to live ‘as if’ he is an atheist is fundamentally flawed. Either you believe in God or you don’t.

‘People have said: “You can’t try on atheism – it’s not like trying on a pair of trousers.” But when I was a pastor I invited a lot of people to try on faith – to go through the motions of Bible study, getting involved in social justice and attending outreach events. I invited them to see whether by living in the Christian narrative they might discover it held value and meaning to them. It’s the old “taste and see that I am good” from the Psalms. So I thought, “Well, if I’ve asked other people to try something on, why not try on this idea?”’

Many have asked whether Bell – experiment aside – has been on a trajectory towards atheism all along. Perhaps his doubts had reached a point at which he was certainly an agnostic, albeit one with a Christian background. He himself has questioned whether the liberal-progressive Christianity he embraced in recent years was simply one logical step away from abandoning belief in God altogether.

‘I was a Christian by practice and tradition. My whole life was shaped by the Christian story and narrative. But I have had some deep doubts about God. Is God an actual being? Is God a placeholder for things we don’t understand, or is God the thing that holds the atoms together?

‘The Christian worldview is a way of approaching reality and creating meaning in the experiences we have. But there are other ways of experiencing meaning. To me it’s almost like an incarnation to live inside another worldview. The more I look at it, I don’t think I had a choice.’

Oddly enough, Bell’s view that his current atheism ‘chose’ him sounds almost religious in character. I have a feeling that, even if he’s dispensed with traditional religious doctrines, Bell’s spiritual leanings will never allow him to see the world in purely material terms. In the end, wherever this year takes him, he says he hasn’t yet fully shut the door on God.

‘Maybe it’s just a phase and something I need to step back from, or maybe I will decide religion is a cultural construct, which is fine for some people and not necessary for others. I don’t know yet.’

3 ATHEISTS WHO CHANGED THEIR MIND ABOUT GOD:

One of the most influential authors of the 20th century, Lewis entered Oxford University as a committed atheist. His intellectual journey and friendship with JRR Tolkien led him in 1929 to become ‘the most dejected and reluctant convert in all England’.

In the 1960s, Flew was one of the world’s leading atheist philosophers. In 2004, aged 81, he changed his mind (although he did not commit to Christianity) after becoming convinced that scientific evidence of order in the universe pointed towards God.

Atheist blogger Leah Libresco sparked a social media storm in 2012 when she announced her conversion to Catholicism. She said that her belief in objective moral truths had caused her to question her atheism.