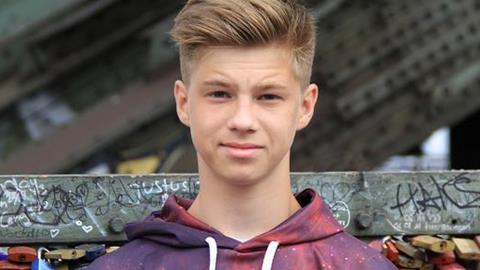 Our young people aren’t talking about God. Here’s what the Church should do

Have you ever sat in a room where someone is closing a meeting and says, “Well, we’ll leave it there…unless anyone has a burning question they still want to ask”?

I don’t know about you, but I’ve never seen anyone jump up at that point. The expectation that a question has to be ‘burning’ is usually enough to silence anyone who would dare prolong the meeting with another comment.

But whether or not we ourselves carry ‘burning questions’, I’m sure many of us harbour an expectation, or at least a hope, that young people do, and that it’s the task of the Church to engage with them.

A couple of years ago the team at Youthscape was in the process of developing a new apologetics resource for work with young people in Luton. But as the project developed, there was a growing realisation that we didn’t actually know what questions young people would ask about Christianity or God.

Do millennials care whether the Bible is considered a reliable historical account? Do they have any interest in whether Jesus was ‘Lunatic, Liar or Lord’? In response the team commissioned a piece of work from the newly formed Youthscape Centre for Research, and this week’s report No Questions Asked is the result.

Much of what we found seems to confirm previous research.

All the young people interviewed (16-19 year olds who are Christian, Muslim and have no faith) shared a belief in some kind of higher power, and nearly all had experiences of prayer. All 16 young people talked about death spontaneously within the interview, suggesting that questions about God are still closely tied in young people’s minds with questions about death, loss and the possibility of an afterlife.

Beyond this though, the group initially presented with very few questions faith. The research team employed a range of approaches to elicit questions but encountered little curiosity about God – regardless of the young person’s particular faith background. It took patience, but over the course of the hour the questions that did arise will probably be familiar to many of us: “What happens to people, when they die?”, “What is God like?” and “Why would you let all this evil go on?”

Going back for clues

These questions took some time to surface and didn’t appear to have any sense of urgency.

To explore why this might be, we went back to the interview data and identified a number of potential reasons.

For some young people, questioning was viewed as disrespectful. They were in religious contexts where questions were interpreted as a lack of faith, and they were cautious about appearing to offend anyone by questioning their beliefs.

This related to a second theme - that ‘we’re all the same’. This group of young people were keen to assert their acceptance of others, but did so by trying to de-emphasise the ways that religious beliefs might differ between groups. As ‘Rachel’ said; “I don’t mind, like, I just feel like everyone is the same. It doesn’t matter what God you believe in. We’re all the same, we’re all people.”

Religious beliefs were viewed as individual, and validated primarily by personal experience. Young people reflected that they hadn’t necessarily discussed their opinions or questions with others, because they had to ‘find their own way.’ Alongside this, young people were interested in authentic and practical expressions of religious belief (like prayer), but seemed less concerned with big ideas.

In summary, religion was seen as ‘not a big worry’ (‘Lucy’) and more as something that resided in the background of their lives.

We think this research contributes to a growing awareness of the need for a ‘new apologetics’ that can demonstrate the practical value of faith while also creating spaces that support young people to develop and articulate questions about life and faith. Here are two ways we can respond:

1. Create safe spaces for questions - These spaces might be connected to a need for ‘digital detox’, allowing young people the head-space to become more aware of their own thoughts and questions. But they are also about the cultures we create in our churches. We have the opportunity to listen without judgement, model questioning and stimulate young people’s curiosity by drawing them into thought-provoking conversations. This should also involve encouraging Christian young people that talking about their own faith is not incompatible with a belief in equality and respect.

2. Offer practical experiences - For young people who prize authenticity it is important that God is experienced, not just believed in. We can invite young people to take part in spiritual practices and reflect on their impact. Or we could help them consider the way that Jesus actually lived - and what it would mean to follow him. We found that young people do pray, and there is a role for churches to facilitate meaningful experiences of prayer that stimulate their faith journeys.

In a few of the interviews, young people who initially said that they did not believe in God, began to reflect on the possibility that there was in fact a higher power. For us, this suggested that open spaces (like the interview itself) where young people are listened to without judgement are a really important part of questions emerging in the first place.

We may not have encountered many ‘burning questions’ in the research, but with a little additional oxygen and fuel, a few embers did catch alight.

Dr Lucie Shuker is Director of the Youthscape Centre for Research. Read the full report at youthscape.co.uk/research/publications