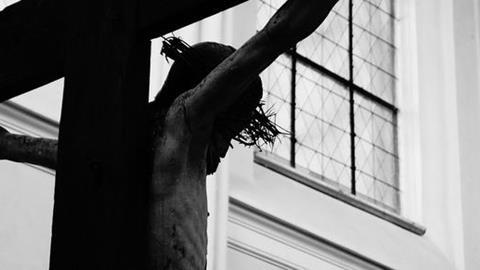 Jesus for skeptics. How to respond to those who say Jesus is a myth

Under what circumstances does a sceptical non-believing Bible scholar begin to sound like a Christian apologist?  One of the most bizarre moments of hosting my radio faith debate show Unbelievable? was interviewing New Testament historian Bart Ehrman on the subject of Jesus’ existence.  The agnostic scholar is well known for popular books which cast doubt upon aspects of Christianity. Yet, when it came to the historical question of whether Jesus actually existed, Ehrman was unequivocal: Yes he did. And anyone who says otherwise is guilty of bad history.

Ehrman is no advocate of Christianity, yet he was appalled by the rise of so-called ‘Jesus mythicism’. After years of reading the arguments of sceptical atheists who claim that Jesus never existed (the movement primarily exists online, not in any credible sphere of academia) he felt compelled to write a book titled Did Jesus Exist? The Historical Argument for Jesus of Nazareth.

However, mythicist theories don’t only exist on hyper-sceptical websites. In 2016, Barna’s Talking Jesus survey reported that 22 per cent of people in the UK think Jesus was a mythical figure, while 17 per cent are unsure whether he was real or not. If accurate, this means that nearly 40 per cent of people in our society doubt the existence of Jesus, a staggering indication of how pervasive such ideas have become.

In an increasingly sceptical culture, the Christian can no longer assume that their non-Christian friends are on the same page as them when it comes to the existence of Jesus, much less his claims to divinity. So when talking about Jesus with sceptics, some basic information on the case for Christ’s historical credentials may be helpful.

Contrary to popular assumptions, the number and nature of the historical documents for the life of Jesus is extraordinarily strong compared to other historical figures of the time.

A key principle in historical research is that the closer the written sources are to the events they describe, and the more of them we have to compare, the better their reliability. For many key figures of the ancient world we have as few as 20 existing copies of the documents that detail their life, often written down decades or even centuries after the events.

By contrast, the four Gospel accounts of Jesus in the New Testament are estimated to have been written down between 35 to 65 years after his life. Mark is recognized as the earliest Gospel, written within the lifetime of Jesus’ first followers, and John the latest. We have thousands of surviving manuscripts of these Gospels from various centuries. Meanwhile Paul’s letters, which also contain multiple references to the life of Christ and his followers, come even earlier in provenance.

This means that we have far better historical evidence for events in the life of Jesus, such as as his death by crucifixion, than we do for the crossing of the Rubicon by Caesar, a major event in the history of the Roman Empire, which nobody questions.

Yet, even if we were to set aside the Gospels and letters of Paul that testify to Jesus, there are enough extra-biblical, non-Christian sources to put the existence of his life and ministry beyond question. Historians of the time like Tacitus, Josephus and Pliny the Younger all mention Jesus and the early Church which started gathering to worship in his name. There were also critics of Christianity such as Celsus who, in opposing the early Church, confirmed various aspects of the claims being made about Jesus. The fact that their accounts were written down decades after the events was not at all unusual for the age of antiquity. The histories of most significant figures were written down long after their lives had ended.

When I asked biblical scholar N.T. Wright for the one thing he would show a sceptic as evidence for Jesus’ life, he pointed to his death, saying: ‘The crucifixion of Jesus of Nazareth is one of the best attested facts in ancient history. If we take Jesus out of the world of first-century Palestinian Judaism, there are a thousand other things that we simply can’t explain. All sorts of evidence points back to the certainty of this figure, and particularly his crucifixion.’

But weren’t the Gospels nevertheless written at a remove from the events and people who followed Christ? Not necessarily.

A strong historical case can be made that the Gospels contain the testimony of first-person eyewitness accounts about the life, death and resurrection of Jesus. The research has been led primarily by New Testament historian Richard Bauckham, whose book Jesus and the Eyewitnesses was a groundbreaking piece of scholarship.

While scepticism about the existence of Jesus may have grown among the general public, Bauckham’s work demonstrated how far the academic ground has shifted in the opposite direction. His research explained why the Gospels themselves are filled with tell-tale signs that the authors were reporting the eyewitness accounts of the very first followers of Jesus.

For instance, Bauckham drew on the work of Israeli scholar Tal Ilan who had published research on how common certain names were among first-century Jews. When Bauckham analysed the New Testament for the frequency of names and cross-checked it with Ilan’s findings, there was a striking correlation between the two records.

It turns out that the Gospels are full of the same names that were being used in the time and place that Jesus lived, lending strong support to the conclusion that the Gospels were recorded by people alive at the time, not invented at some hazy distance from the events in a different location.

From history to here-and-now

So the evidence for the existence of Jesus is plentiful, but merely reciting a dry list of historical evidences makes for a boring conversation. The real task of the apologist is to show how the Jesus of history matters to the sceptic now. That will mean showing how Christ’s claims about himself were vindicated in his resurrection and continue to be demonstrated through his enduring influence across time and in the lives of those who follow him today.

Modern day mythicists aren’t the first to try erasing the reality of Jesus Christ, and they won’t be the last. Nevertheless, whether attested to through history or in the hearts of his followers, Jesus Christ is still good news for sceptics

Learn how to respond to sceptics and make the case for Christ at Unbelievable? The Conference 2019, Sat 20 July