Is Facebook A Good Place To Defend Your Faith?

I love Facebook, Twitter and social media – it’s a great way to connect with people online. But there’s also a danger. Sometimes the anonymity of the computer or smart phone screen means we can end up saying things to people we wouldn’t necessarily say to their face. 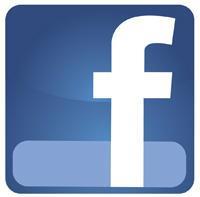 Sometimes I cringe when I see how some people who call themselves ‘Christians’ interact in online forums with non-Christians. When you are having a debate about God or faith, the atmosphere can quickly turn sour. When we feel our faith is being insulted by someone else we can be quick to respond in kind.

Christians of course are called to a higher standard. The apostle Peter wrote these words in a letter to a young Church: “In your hearts revere Christ as Lord. Always be prepared to give an answer to everyone who asks you to give the reason for the hope that you have. But do this with gentleness and respect.”

We are called to give good reasons for why we believe what we believe and to answer people’s questions. But here’s the clincher – we are told to do it with gentleness and respect. Something that some Christians on Facebook could do with remembering.

The fact is that we aren’t being asked to win an argument - no - Jesus calls us to win people. It’s possible to win an argument, but because of the ungracious way we carried it out to still lose that person in the process. People needs to hear good reasons for believing in Jesus. But let’s remember that the way you say things can be just as important as what you say…

Kurt Jaros of Real Clear Apologetics will be speaking on “How do I present the case for faith online?” at this year’s Unbelievable? The Conference 2013 on Sat 25 May.