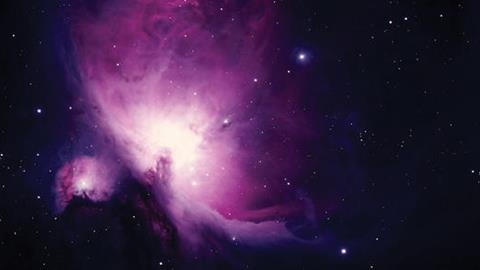 On 8 April 1966, Time magazine carried a lead story for which the cover was completely black except for three words emblazoned in bright red letters: “IS GOD DEAD?”

The story described the so-called ‘Death of God’ movement then current in American theology. But, to paraphrase Mark Twain, it seemed that the news of God’s demise was “greatly exaggerated”. For at the same time that philosophers were writing God’s obituary, a new generation of young academics was rediscovering his vitality.

From the late 1960s onwards, a remarkable renaissance in Christian philosophy began to flower. Leading figures such as Alvin Plantinga opened the way for more and more Christian thinkers to begin writing in professional journals, participating in professional conferences and publishing with the finest academic presses. The face of Anglo-American philosophy was transformed as a result.

But what about the so-called ‘New Atheism’ exemplified by Richard Dawkins, Sam Harris and Christopher Hitchens? Didn’t it herald a reversal of this trend? Not really. As is evident from the authors it interacts with – or rather, doesn’t interact with – the New Atheism was, in fact, a pop-cultural phenomenon lacking in intellectual muscle and blissfully ignorant of the revolution that has taken place in Anglo-American philosophy. It tends to reflect the scientism of a bygone generation, rather than the contemporary intellectual scene.

The New Atheism has been led by a dogmatic breed of science popularisers. They have been keen to promote the idea that science is at odds with faith and that the more we know about the world, the less we need God as an explanation. Ironically, the new atheists have this precisely the wrong way around. As science progresses – especially our understanding of the universe – the more it has opened up the God question, rather than closing it down. Atheism, although perhaps still the dominant viewpoint in Western universities, is a philosophy in retreat.

The biggest of conversations

I recently had the privilege of sitting down with celebrated UK cosmologist Sir Roger Penrose, for an episode of The Big Conversation, chaired by Premier Christian Radio’s Unbelievable? show host, Justin Brierley. I have engaged in many dialogues with notable non-believers but this one was a particular highlight.

Firstly, Penrose is a mathematical genius, whose work with Stephen Hawking helped to confirm Big Bang cosmology. His career has earned him accolades, scientific awards and a knighthood. At the age of 88 he continues to work on new theories.

Secondly, while Penrose is not a religious believer, unlike many of his atheist colleagues he believes there is a deeper purpose at work in the universe that can’t be explained on a purely ‘naturalistic’ framework. In our discussion he outlined “three great mysteries” at the heart of reality: the way in which the physical, mental and mathematical realms all appear to work together harmoniously. I challenged him with a solution to his mysteries – a Divine Mind that undergirds and explains these overlapping aspects of reality.

Whatever Penrose made of my argument, I was glad to discuss these deep mysteries with him, for they show just how fertile the conversation between science and theology still is.

There are many arguments for God that have been developed in the new wave of Christian philosophy, but here are just three that engage directly with what modern science is revealing about the universe.

1. God is the best explanation of the origin of the universe

The idea that God is the best explanation for the universe has been around for centuries. In the 17th Century, philosophers such as Gottfried Leibniz asked fundamental questions such as: “Why is there something rather than nothing?” and came to the conclusion that only a transcendent God could explain the fact that there is a physical reality. Modern science, however, has added a remarkable extra dimension to such arguments. One of the most stunning discoveries is the fact that the universe hasn’t always existed.

It was Georges Lemaître, a Belgian priest and astronomer, who first proposed the concept of a Big Bang in 1931 – that the universe expanded to its current size from an infinitely small, hot, dense state. This theory was confirmed in the 1960s by the discovery of “cosmic microwave background radiation” – the leftover energy signals of the Big Bang. But does this really mean that all of time, space and matter had a beginning? And if so, what caused it?

In 2003, the mathematician Arvind Borde and physicists Alan Guth and Alexander Vilenkin were able to prove that any universe which has, on average, been expanding throughout its history cannot be infinite in the past, but must have a past space-time boundary (ie a beginning).

Of course, highly speculative physical scenarios have been proposed to try to avoid this absolute beginning. These models are fraught with problems, but the bottom line is that none of these theories, even if true, succeeds in restoring an eternal past for the universe. At a conference in Cambridge celebrating the 70th birthday of Stephen Hawking, Vilenkin delivered a paper entitled “Did the Universe Have a Beginning?” and concluded: “All the evidence we have says that the universe had a beginning.”

But then the inevitable question arises: what caused the universe to begin? Things don’t just pop into existence out of nothing for no reason. There must have been a transcendent cause that brought the universe into being – a cause beyond the universe itself. 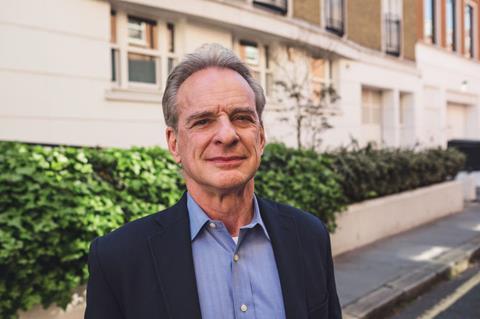 What properties must this ‘cause of the universe’ possess? This cause must be itself uncaused because an infinite series of causes is impossible. It is therefore the Uncaused First Cause. It must transcend space and time, since it created space and time. Therefore, it must be immaterial and non-physical. Finally, it must be unimaginably powerful, since it created all matter and energy.

The scientific discovery that the universe had a beginning brings us not merely to a transcendent cause of the universe, but to its personal creator, God.

2. God is the best explanation for the fine-tuning of the universe

If the discovery of the Big Bang provides strong evidence for the existence of a creator, the evidence gets even more remarkable when we look at the nature of the universe it produced. In recent decades, scientists have been stunned by the discovery that the initial conditions of the Big Bang were fine-tuned for the existence of intelligent life with a precision and delicacy that literally defy human comprehension.

This fine-tuning is of two sorts.

There are currently three possible explanations for this extraordinary fine-tuning: physical necessity, chance or design.

The ‘physical necessity’ option is the idea that the numbers had no option but to take the value they have. This isn’t a plausible explanation, however, because the finely tuned constants and quantities are independent of the laws of nature. There seems to be no intrinsic reason why they take their very special values. They could have been different. Therefore, they are not physically necessary.

So, could this fine-tuning be due to chance? The problem with this explanation is that the odds of all the constants and quantities randomly falling into the incomprehensibly narrow life-permitting range are just so infinitesimal that they cannot be reasonably accepted.

To avoid the conclusion that there is a designer behind the universe, the proponents of the chance explanation have been forced to postulate the existence of a ‘multiverse’ – an ensemble of universes of which we are just one. They suggest these are infinite in number and randomly ordered, so that life-permitting universes like ours would appear by chance somewhere in the ensemble.

Not only is this hypothesis, to borrow Richard Dawkins’ phrase, “an unparsimonious extravagance”, but it faces an insuperable objection. By far, the most probable observable universes in a multiverse would be worlds in which a single brain could fluctuate into existence out of the vacuum and observe its otherwise empty world. If our world were just a random member of such a multiverse, by all probability we ought to behaving observations like that. Since we don’t, that strongly disconfirms this hypothesis. So chance is also not a good explanation.

That just leaves the third option – design. Thus, the fine-tuning of the universe further constitutes strong evidence for a cosmic designer.

3. God is the best explanation of why we can do science at all

Then there’s a final, tantalising question. Why is the universe so ripe for discovery in the first place? How come we can do science at all?

Philosophers and scientists have puzzled over what physicist Eugene Wigner called “the unreasonable effectiveness of mathematics”. How is it that a mathematical theorist like Peter Higgs can sit down at his desk and, by poring over mathematical equations, predict the existence of a fundamental particle that, 30 years later, after investing millions of dollars and thousands of man-hours, experimentalists are finally able to detect?

In my Big Conversation with Penrose, he was the first to bring up this extraordinary phenomenon, saying: “This world of physics seems to be so precisely guided by mathematical principles. The more we explore it, the more precise we see this. And there is, if you like, a huge mystery.”

What if this “huge mystery” has a simple answer? The atheist has no explanation for the uncanny applicability of mathematics to the physical world. By contrast, the theist has a ready explanation: when God created the physical universe he designed it in terms of the mathematical structure he had in mind.

Many people, looking at the increasing secularism in the West, and hearing the loudest voices of the new atheists, have assumed that Time magazine’s iconic cover got it right in 1966. They are mistaken. God is very much alive, both in the lives of the ordinary Christians who make up his Church, and in the academic hallways of science and philosophy too. Of course, at the centre of Christianity is the story of a God who experienced death himself, but was resurrected three days later. Perhaps the history of the late 20th and early 21st Centuries will require a new magazine cover – declaring that God is back from the dead, and inviting people to discover him anew.

Adapted from an article at www.reasonablefaith.org