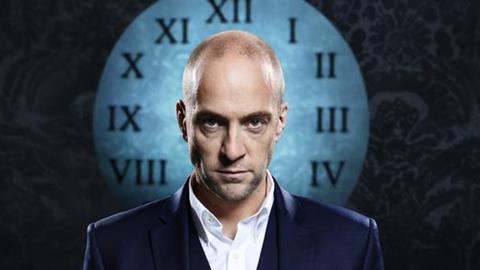 I have never tried making scrambled eggs made in a bain-marie, but I have often questioned life’s meaning. I think the major take away from listening to Derren Brown and Rev Richard Coles talk about life and meaning on The Big Conversation is: where can I get Derren’s recipe? After all, Richard remembers them quite fondly, while Derren claims they were his worst batch ever.

The humorous egg anecdote set the tone for the rest of the conversation. A very friendly difference of opinion over one of the greatest questions known to humankind: do we need God to find meaning in life?

I have been an illusionist/mentalist in the US for over ten years. My wife and I perform to thousands of people each year. The first thing I let my audiences know is that everything I do is fake, whether through sleight-of-hand, psychology, misdirection, or just “smoke and mirrors”. There is nothing real about the art of illusion. There’s a method to even the most impressive magic tricks. When I first started in this industry, watching Derren Brown helped propel me to the next level.

Derren has always had a different style to anyone else in the magic arts. He really is the best in the world.

Derren’s own work draws on the inspiration of performers who came before him, but with his own unique flair. It’s an incredible experience to watch classic footage of the great David Berglas performing an effect 30 years before Derren and his team put their own unique twists on the routine. Derren has always inspired me to be a better performer by thinking differently.

That being said, Derren and I have at least one major difference of opinion. Derren is a former Christian turned atheist and I am a committed follower of Jesus Christ.

In fact, the reason I do illusions is that I am committed to sharing the Gospel of Jesus in a unique way. I want to entertain people, yes, but the illusions are also a hook, opening the door to share the truth of the gospel with them. Of course Derren believes he is doing the same thing, using his shows to share his own worldview. Which is where we come to his live theatrical production, Miracle, recently released to great acclaim on Netflix.

The first half of Miracle runs along similar lines to the impressive tricks and routines of Derren’s past shows such as Enigma and Something Wicked This Way Comes. But in the second half, he does something altogether new.

Throughout the show, Derren has been alluding to the stories we tell ourselves and their validity. One of those stories is the one spun by charlatans out to get your money through faith healing. Derren then adopts the persona of a Pentecostal faith healer in front of the live London audience.

The effect is remarkable. People are miraculously ‘healed’ from internal pains and aches. Shortsightedness is apparently cured, someone’s tinnitus gets fixed. When he’s not quoting scripture or ‘speaking in tongues’, Derren calmly explains that all the apparent miracles are being achieved through psychological and chemical effects that will soon disappear once the evening is over.

I must admit the segment was a little jarring to watch as a Christian. Not because my faith was somehow challenged by the tricks employed, but rather from hearing a devout atheist speak “Christian-ese”. It felt effortless for him. No doubt this comes from his performance background, but clearly also from his early Christian life.

I am just as dismayed as Derren is at charlatans who use Christian-ese patter and psychological techniques to defraud people in the name of Jesus. I’ve pored over videos of ‘faith-healers’ being exposed in public. Sadly, many simply resurface years later when the controversy dies down.

That’s why I’ve always been suspicious of the televangelist-healer types ever since I began learning the art of illusion. The money, fame and self-glorification are at odds with true Christian faith.

But here’s the thing. As a Christian I firmly believe that miracles and healings still happen today. The fact that some people fake it doesn’t mean we should ignore the evidence of genuine, long-term supernatural healings.

I have heard about cancers medically shown to have disappeared after prayer and other illnesses that should have led to death being reversed. Never in these situations was there a man seeking his own glory or financial gain for a successful healing. The glory in all these anecdotal situations belongs where it should, in Jesus.

Derren ends his show by explaining that we are all a miracle in some sense. He explains how, over the billions of years of blind reproduction and evolution from a single celled organism, we now exist. He explains that therefore our meaning must come from within and not without. This, he claims makes it more meaningful, somehow. But there is one deafening question that seems to go unanswered.

Why is it more valuable to have a subjective meaning found inside of us rather than in a God who is the cornerstone and source of our objective reality?

If the atheist/materialist account of reality is true, then nature is the greatest trickster of all. If you and I are the chance result of a blind, purposeless, deterministic process then all our beliefs in logic, beauty, love, reason, morality, purpose and meaning are themselves subjective and illusory in the end.

That’s why, when I look at life and the things that make it worth living – love, justice, beauty, right and wrong, purpose and meaning – it makes more sense to believe such things are grounded in an objective reality that transcends our material existence: God.

Derren was the stoic – seeking to approach life in a psychologically robust way that steers a rational path towards the most happiness that we can have, in the circumstance we find ourselves in.  Richard was happy to admit that his meaning comes directly from an “experience of the resurrected Christ”. That does not necessarily lead to a happy life (at one point he memorably declared that “Christianity is for losers”). Nevertheless he finds himself captivated by the challenge of faithfully following Christ.

Derren seemed to admit a mellowing of his attitude towards religion. If someone finds meaning through the person of Jesus, then so be it. He alludes to this idea in Miracle when he talks about true happiness coming from controlling “your thoughts and your actions” and letting everything else “just be”. It seems to be a shift away from the crusading anti-religious polemic of Richard Dawkins and Sam Harris.

Derren says that we are all living in a story of one kind or another. Pick the one that works best for you. But that still leaves us with the question – is there a true story to live by?

In my show, I often perform card tricks. If someone had chosen an Ace and I revealed a three, then they’d want their money back. It’s the fact I can choose the right card out of all the possibilities that makes it impressive. After all, only one answer can be right.

In my view, Jesus said it best: “I am the way, the truth, and the life. No one comes to the father but through me.”

Bryan Drake is an illusionist and mentalist. Find out more about him here.