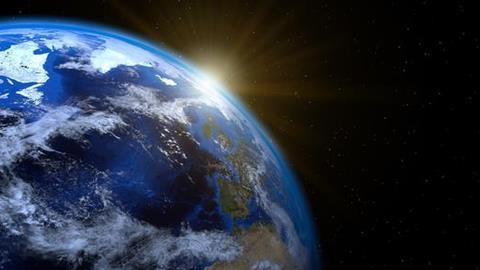 At first sight it may seem that to believe the Bible we must believe in a young earth. After all Genesis 1 talks about creation happening in six days not billions of years.

But for the last 2000 years most Christians have not believed in a young earth and it is only in the last half century that it has become a big issue for some Christians.

Here are 10 questions I’d like to ask of young earthers:

1. Can we start by agreeing that the Gospel is more about the Rock of Ages than the ages of rocks?

The centre of the Gospel is the crucified and risen Christ, and everything in the Old Testament leads up to that. Jesus, and not the age of my rock collection, is the heart of the Christian faith.

2. Does the age of the earth – or its shape – matter to a Christian?

3. Does the Bible teach that the earth is spherical?

Young earth creationists will often argue there is science in the Bible because the biblical writers were inspired to teach that, contrary to the wisdom of their time, the earth was spherical.

Some claim Isaiah 40:22 points to the earth being spherical. But the translations rightly say a “circle” not a sphere. Neither is it possible to read a spherical earth into Genesis 1:6-8. This is because the Bible is not interested in science. Galileo said “The Bible tells us how to go to heaven and not how the heavens go.”

4. How could people in 1000 BC grasp the idea of geological time?

In the 20th Century, radiometric age dating showed the earth is 4.6 billion years old. That is based on the physics of radioactivity and has nothing to do with evolution. If the dates are wrong then so is all physics.

5. Does the Bible always speak in a direct literal way?

The biblical writers use language in many different ways. There’s narrative, poetry, simile, metaphor and more. At times narrative, even when historical, may contain poetry. Thus Genesis 1 appears to be narrative at first sight but then each day is written in a poetic-like form; “Then God said, ‘Let there be…” followed by “And God saw that …. Was good” with a refrain “And there was evening and morning…” Just because poetry is used does not mean it is “untrue”. Psalm 23 is pure poetry using great imagery to bring out the love of God.

6. Why do you assume that animal death only began to happen after Adam ate the fruit?

The theory goes that because no animals died before the fall, therefore the earth must be young. But Genesis 3 actually says nothing about animals and whether they only died after the fall. This has been read into Genesis. It comes from John Milton’s epic poem Paradise Lost and should not be part of Christian belief.

The early Christians, right up to 1800, were not clear on the age of the earth as that depended on how literal they thought Genesis was and they had no geological evidence to guide them. Later, as geology began to show an old earth, most Christians accepted that as it did not affect Christian teaching. From 1850 onwards few Christians were young earth and it only came back in for some in the 1960s, with the coming of young earth creationism in Morris and Whitcomb’s The Genesis Flood.

8. Were early geologists opposed to Christianity and did they use their geology to undermine belief?

I once did a field trip with an atheist geologist and as we chatted he said that belief in an ancient earth leads to atheism. We argued and got nowhere! Yet when you read a history of geology you soon find many geologists were Christians, from Steno in 1680 up until today.

9. Did Christians oppose old earth geology in the past?

From my superficial reading of science books and on religion and science I thought Christians opposed geology. But I changed my mind as I did a historical study. Over several decades I have researched this question and read old theology books, journals, books by the hundred. I had to change my mind. I found that in the 17th Century Christians believed in a youngish earth as there was little geology to guide them. As geology was studied more in the 18th century more and more educated Christians realised the earth was ancient. Most Christians, often after study, concluded the earth was ancient. Very few Christians opposed geology for the last few centuries.

10. Why do you claim that so many geologists in the last 350 years got their geology wrong?

I don’t know how many geologists have studied rocks and the strata in the last 350 years. Today there are 12,000 fellows of the Geological society of London and so there must be over 100,000 qualified geologists in the world. And all except for 20-30 “young earth” geologists accept the vast age of the earth.

Undoubtedly geologists make mistakes today and did so in the past. I can give a dozen examples from Charles Darwin alone. But his and other geologists’ mistakes are minor. So far no young earther has given an argument against geological time which has any validity.

Premier Christianity magazine is committed to publishing a wide range of Christian opinion on a variety of subjects. Click here to read an alternative viewpoint.