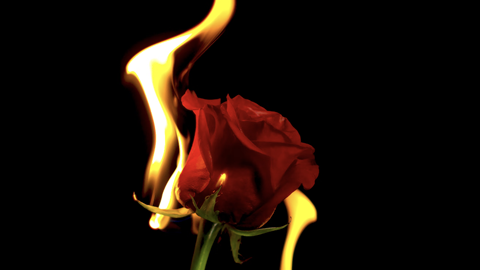 How effective are ‘thoughts and prayers’ in times of great suffering?

As the new year unfolds in the shadow of rising living costs, raging war and a pervasive mental health crisis, Erik Strandness looks at what those in the midst of despair actually need

I find it quite interesting that when the world drowns in despair it tends to grab for a spiritual life preserver. When our secular political leaders are confronted with global tragedy they ask the populace to extend thoughts and prayers to the afflicted. I believe that this is a tacit admission that the most evolved creatures on the planet often times get in over their material heads. Offering thoughts and prayers to those who suffer is an empty sentiment unless they are actually directed to a spiritual reality. Sadly, we confuse the spiritual hole in our lives with an actual deity and end up sending prayers into an echo chamber. Thinking we are doing a spiritual solid for our fellow man, we end up believing that the reverberation of our voice is an answer to prayer. Maybe we need to up our game and direct our prayers to a real spiritual entity rather than offering supplications into an empty space where no one can hear you scream.

Why isn’t the F.F.R.F. (Freedom from Religion Foundation) aggressively pushing religion out of the public square during these tragedies? Why are materialists so sheepish when everyone around them is crying out for a Shepherd? It appears that separating the sacred and secular only works when things are going well but is less than helpful when the planet is afflicted by a series of unfortunate events. During the good times, the F.F.R.F. seems determined to deconstruct our spiritual help desk and replace it with a dunking tank where we can toss our anger at a Christian and watch him or her splash into the water below. However, when tragedy strikes and the material resources of the planet are exhausted it seems that the rest of the world wants to jump into the Living Water with them. Surprisingly, the moment when the atheist argument against God should speak most loudly is the moment when it is most muted. I think that those who believe that religion is an illusion must at least acknowledge that faith can still be a very useful fiction for those who feel like their story is coming to an end.

If you believe that the Universe is just matter in motion, then a spiritual care package seems a bit underwhelming. Why would broken chemicals try to convene a séance when they can practice better living through chemistry? In fact, if you are a materialist, a world that eliminates the evolutionarily unfit through tragedy is actually working just fine. Natural selection seems to be a sound theory when it only involves a few extinct species but is an unwelcome guest when it threatens the very creatures who came up with it in the first place. Sadly, the materialists who suggest that life is just a throw of the dice have nothing to offer those who suffer except to tell them that they just crapped out. Suffering is the metric evolutionary theory employs to measure its productivity, therefore the louder the screams the more confident we can be that it is hard at work. Sadly, the materialist can’t cry “out damn spot” in a world red in tooth and claw.

Christianity acknowledges that the world is not the way it should be, but is confident that one day it will be put right. The world computer may feel like it is infected with a virus but we know that Jesus will come to scrub it clean and restore it to its original Edenic settings. We can trust Jesus as the most qualified technician because he embodied the perfect factory image and understood what it meant to suffer and die at the hands of human malware.

Jesus isn’t spiritual wish fulfillment but rather boots on the ground to meet a physical enemy. The spiritual cries generated by our physical tragedy are answered by a God who unites them on the cross and then stunningly declares victory.

Thoughts and prayers are nothing but empathetic tropes of emotional solidarity unless they are offered to a God who redeems suffering. A God who hears us cry: “My God, my God, why have you forsaken me? Why are you so far from saving me, from the words of my groaning?” and yet listens intently to every painful word we say, “for he has not despised or abhorred the affliction of the afflicted, and he has not hidden his face from him, but has heard, when he cried to him”. (Psalm 22:1,24).

We cry out for a spirit to save us when we are faced with a physical tragedy. The question for us then is which spirit will come to our rescue? A new age spirit that only helps us if we think good thoughts, an Eastern religious spirit powerless in the face of bad karma, or a mother earth spirit that is incapable of recognizing the evil wrought by one of its own?

I believe that in tragic times hope can only be found in a God who wasn’t immune to our suffering but took them upon himself. A God who gave us a Spirit to articulate our groans. A God who took the worst the world could throw at him and transformed it into salvation for everyone who could feel his pain. We should be a people of hope who know nothing but Christ crucified and yet embrace the promise of a resurrected life. We offer our thoughts and prayers to the world not to show that misery loves company but to be responsible children of God intent on setting the creation free from its bondage to decay.

“I consider that our present sufferings are not comparable to the glory that will be revealed in us. The creation waits in eager expectation for the revelation of the sons of God.” (Romans 8:18-19)