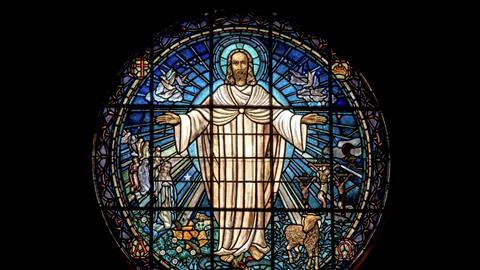 As we approach the celebration of Jesus’ birth, Erik Strandness explores who the founder of Christianity really is and what our response should be

While Christianity has many critics, their complaints are rarely, if ever, directed at Jesus. They blame the Christian community and those who call themselves followers of Christ, but often feel compelled to claim Jesus as their own. They deny that Jesus is the only way but seem convinced that he needs to have a little skin in the salvation game. It appears that Jesus crashes every religious party leaving its hosts with a serious question, how do you solve a problem like Jesus?

Who do you want me to be?

Atheism denies Jesus’ divinity but acknowledges that he makes a nice role model for highly evolved beings, or as Douglas Adams described him in the opening paragraph of the Hitchhiker’s Guide to the Galaxy, a man, “nailed to a tree for saying how great it would be to be nice to people for a change”.

Liberal theologians allow Jesus to inaugurate a religious movement but then demote him to a pithy 1st Century teacher. They still find it valuable to attend church services and listen to his wisdom but then gut his ministry of anything supernatural and reduce his talk of the New Covenant in his blood to a Civil War reenactment. Most other religious groups want to put his face on their brochures but sadly engage in false advertising and morph him into an enlightened Buddha, a Hindu god, or the best human example of one who has achieved God consciousness.

We, however, don’t get to choose who we want Jesus to be. We may want him to be a card-carrying member of our religious movement, but it’s dishonest to portray him in any other way than he is described in the Gospels, since they are the only historically reliable documents we have about his life and ministry. Sadly, it appears that when we persistently scratch our itching ears, Jesus’ question “Who do you say I am?” gets garbled, and we end up thinking that what he really meant to ask was, “Who do you want me to be?”

I find it quite interesting that the great religions of the world are obsessed with a crucified Nazarene carpenter. Why is it so important to have a Galilean preacher write an endorsement for their particular holy book? Is it possible that every religion knows that in order to make their tiny stories palatable they need to borrow the main character from the greatest story ever told?

While they attempt to incorporate Jesus into their salvation strategy it gets a bit tricky when it turns out that there is no other name under heaven by which we must be saved. It’s very difficult to get the way, the truth and the life to admit that there are other paths, different truths and reincarnated lives. Their only option is to cherry pick Bible verses to give their religion that “fruit of the spirit” flavour and then conveniently ignore the vast orchard that makes those verses so tasty. The problem is that you can’t add cherry extract to a poison and expect those who drink it to live long and prosper.

For those people mingle Jesus Christ with their teachings just to gain your trust under false pretences. It is as if they were giving deadly poison mixed with honey and wine, with the result that the unsuspecting victim gladly accepts it and drinks down death with fatal pleasure. (Letter of Ignatius to the Trallians - 110 A.D.)

While it’s discouraging to see Jesus used in such an irresponsible manner, it is even more disturbing to discover that we have been such poor guardians of the deposit of faith and allowed Jesus to be stolen from under our noses. How did we get so careless with our most cherished possession?

We get flattered when other religions call on the name of Jesus, but then look the other way as they drag his name through the mud. It’s stunning that other religions are so easily able to separate Jesus from the Church he founded. They like the way Jesus walks the talk but don’t see any family resemblance with his earthly body.

Have we made it easier for other religions to steal Jesus away because we have distanced ourselves from him? Are we more zealous for our mission statements than the person of Jesus? Have we been so diligent patenting our creedal catalogue that we negligently allowed the author of our faith to be plagiarised?

The problem is that when we treat Jesus like a piston in the Christian engine, we give other traditions licence to use him as a cog in their own religious machine. Jesus is the head of the Church, so let’s stop acting like a headless corpse and behave more like his living breathing body because it’s much easier for other religions to take his severed head and create their own Frankenstein than it is to capture the Lion of Judah and mount him on their wall.

Who do you say I am?

Religions, other than Christianity, may try to incorporate Jesus into their soteriology, but the Judeo-Christian God gets the last word on salvation. The real question, therefore, is not how you solve a problem like Jesus, but rather to ask what one must do if it turns out that he is the solution?