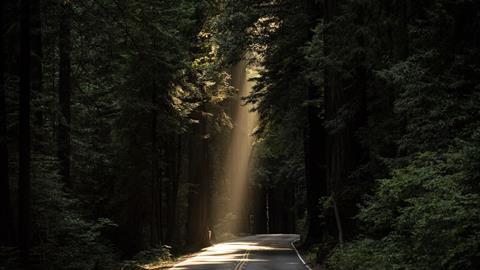 Do all religions lead to God?

In the Tsodilo Hills of Botswana, called the ‘Mountain of the Gods’ by the local people, lies a hidden cave. Within the cave is a rock carved to look like a serpent. The soil around the rock conceals ancient stone blades, likely used to make living sacrifices to the carved rock. This, archeologists have claimed, may be the earliest-known evidence of religion, said to be 70,000 years old.

In 1997, a spectacular comet hung in the night sky, visible for almost a week. While the world looked at the dazzling wonder suspended among the midnight stars, little did they know that a small group of cultists were committing an act of ritual suicide, convinced that as their spirits separated from their bodies, the comet would chariot them to a paradise among the stars.

The year is 400 BCE and a group of Pythagorean monks gather around a table sharing a common meal. They have taken vows of celibacy and community such that all of their resources are equally shared. This ‘school’ has devoted itself to the harmony of mathematics, which they take to be the material out of which the Universe is constructed. Because the world is mathematical in nature, everything in nature has a corresponding number. The number of man is one and the number of woman is two. But the divine number, that which orders all other things, is the number ten. All glory be to ten.

Three questions in one

The question “Do all religions lead to God?” is something of a trinity in itself: three questions in one. The first question is: “What makes a thing ‘religious’?” The second is: “What is God?” and the third is: “What does it mean to be ‘lead to God’?”

In point of fact, each religion has different answers to each of those three questions. Let’s take a look at what the five major religions have to say on the subject.

Historical evidence suggests that Hinduism began as a loose conglomeration of tribal gods which were gradually shepherded together until finally united by a pantheistic philosophy. Hinduism has many gods, but each god was once something less spectacular, and achieved godhood through the ever-turning wheel of karma. Godhood could be attained by anyone from the largest elephant to the smallest gnat, should this soul do good and accumulate enough karma to carry it to a higher state of existence. Godhood equals immortality, so the advantage of attaining it is that one is finally able to escape this endless cycle of death and rebirth.

How does one accumulate karma? There are various traditional rituals and customs, but any creature the world over can gain good karma by being true to itself and charitable toward others.

The distant pantheistic cousin to Hinduism, Buddhism shares the concept of death and rebirth, however individual souls are not differentiated in rebirth. Rather than achieving godhood and eternal life, Buddhists seek to escape the cycle by way of self-annihilation.

Through ascetic practices, devotion to meditation and mantras, and various other rituals, the good Buddhist seeks to achieve Nirvana, which is the total elimination or evaporation of one’s soul. One merges with the Universe, never to separate again.

At about 1,400 years old, Islam is a relative newcomer on the religious scene, but a tremendously successful one at that. The end goal in Islam is to die and go to a permanent spiritual realm of paradise, or heaven, the delights of which are largely personal to each faithful Muslim. Unlike pantheistic religions, monotheistic ones tend to think of death as the ultimate end at which one’s eternity is decided with finality.

To achieve paradise, Islam has laid out five practices, or ‘pillars’, which, if faithfully observed, will seal one’s destiny. These include virtuous deeds, but also religious rituals such as daily prayers and a pilgrimage to the Holy City.

Judaism may not be so unique among ancient religions in which tribal gods favoured their own unique people groups, but it is unique among monotheistic religions which state that there is but one God, and that he is God of all the earth. Yet, this God has chosen the Jews to be his unique people.

The Jewish relationship with God is contractual: put simply, God will eventually give them the Promised Land, and eternal blessing should they keep his law.

Matters of afterlife and resurrection are hotly debated subjects and, as the Jews say, three rabbis will give you four opinions on the matter.

Ultimately, it is enough to be God’s chosen tribe, and the most essential part of the Jewish identity is the Jewish law and the 613 associated practices and rituals.

Unique among religions, Christianity does not have an outlined set of laws and rituals which one must fulfil in order to gain eternal blessings. For the Christian, God himself fulfilled those requirements and eternal blessings are available to any who should ask.

This is not to say that there are no Christian practices that define it as a religion, nor that Christianity has no moral code or obligations. Christians pray, read scripture, worship in various ways and perform several sacraments, but these are done out of gratitude and a desire for a deeper understanding and connection with God rather than to achieve the ultimate end.

What is the ultimate end of Christianity? A physical resurrection in an immortal body and eternal communion with God and each other on a re-created earth.

Can religions be unified?

Arguably, all of the religions described above call for worshipers to live morally upright and virtuous lives. However, in all but the Christian religion, this virtuous living is done in pursuit of some end. In Christianity, one lives a virtuous life because one was forgiven and worships a perfect God. One does good out of gratitude and a desire to please the God one loves, for the ultimate end – union and communion – is a gift freely given at a great price paid by God himself.

The question “Do all religions lead to God” might be taken to mean something like: “If everyone does their best and tries to be a good person, they’ll be rewarded in the end.” Since each religion has a very particular set of rituals which are requirements for “being good”, one would have to hope the divine power would be circumspect in his judgments.

Perhaps it means something like: “If everyone is true to their hearts and consciences, they will achieve some kind of divine enlightenment from the course they pursue.” However, for this to be true, each particular religion would have to be largely wrong in its claims. Each religion makes very specific claims which contradict all of the other religions. If God sits on high watching each religious group teach and practise entirely contradictory things, then accepts them for however they perform, religion isn’t a guidepost to God at all. It is merely something to keep one preoccupied during time on earth.

Or, perhaps the question means something like: “All religions teach the Golden Rule, and that’s enough to tell people how to behave.” At this point the question turns to right living on Earth, and God is removed from the equation entirely.

All religions, from the worship of stone snakes to the pursuit of mathematical perfection, strain toward something greater that sits beyond the physical world as we see it. In this sense, all religion is a signpost that there is something greater out there to pursue. However, the claims of each religion are so vastly different from one another, that no compatibility can be found.

The religion that stands out is the one in which humans are required only to desire the God they seek – a desire which leads to rejection of bad deeds and right-living out of gratitude. Not fear, not greed, but simply an undying gratitude. Gratitude for what? For a God who did all of the good work, gave all of the sacrifice and took all of the misery upon himself to eliminate the evil and cleanse their souls.

Joel Furches is an apologist, journalist and researcher on conversion and deconversion, based in the USA.