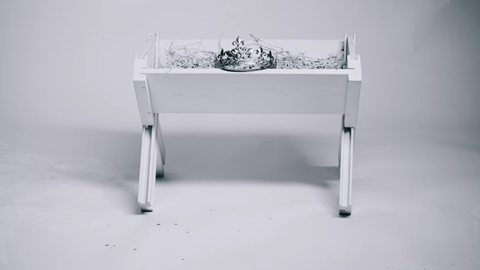 Can we affirm the virgin birth?

As we approach Christmas, apologist Nick Peters explores the credibility of this outrageous biblical claim

Christians, since the very beginning, have affirmed the virgin birth. Why? Are Christians just ignorant of basic biology? Do they not know what it takes to make a baby? Or are they just copying all of those pagan myths where virgins give birth?

Christians are not ignorant of biology. Joseph was not ignorant of biology either. It is true that the ancients did not know science like people today do, but that doesn’t mean that they had no knowledge of it whatsoever. If a man in the ancient world wanted to go across the Mediterranean Sea, he knew he would have to get a boat to go across. It was a well-known fact that he could not wake up and just walk across the water.

They knew they needed to plant seeds if they wanted to have crops. They knew that if someone died, you buried them and didn’t just put dead Uncle Frank on the front porch and see if he would come back. They didn’t have all the knowledge of gestation that is held today by scientists, but they knew that it requires a man and a woman coming together to make a baby.

This is also the case in the New Testament accounts. On face value, in Matthew, Joseph is told by Mary that she is pregnant. Joseph is not an idiot. He knew what it takes to make a baby and he knew that he hadn’t done that with Mary. His conclusion is entirely logical. Mary had been sleeping with another man. Even at this point, Joseph could have publicly shamed her if he wanted to, but he instead decides to divorce her privately.

Fortunately, what happens in the story is known. An angel comes to Joseph in a dream and tells him the truth about what happened. Joseph understands. Mary understands. According to Luke, Elizabeth and likely her husband understand. Everyone else would look on this in a Jewish society as a cause of shame instead.

The mention of this actually leads to the authenticity of the account. After all, John and Mark didn’t explicitly mention the accounts. (Although there are some scholars who think it’s hinted at by Mark calling Jesus the son of Mary and John saying Jesus was not born of a husband’s will.) Why didn’t Matthew and Luke do the same?

For one thing, historically, these two accounts are quite thorough and likely wanted to deal with Jesus’ birth because there were claims about his heritage. In John 8, Jesus is referred to as someone illegitimate. This was a common charge against the Christians in the early Church as well.

So the accounts are written of a virgin birth to clear that up. Right? It would have been far easier to just say “Jesus was illegitimate”. That would be a lot more believable to the common person than to say “Jesus was conceived in the womb of a virgin and YHWH Himself was the one who brought it about”. This is a world where Zeus would regularly be watching from Olympus and look down and see a woman he went crazy for and dive down in some bizarre form to have a time of passion with her. Is this the way that anyone would want YHWH to be pictured?

Yet, Matthew and Luke did this. This is hardly the way you would want to depict the God of Israel. Many an atheist today makes the joke about which is more likely. A 14-year-old girl got herself pregnant by having wild sex with a guy, or that she has a virgin birth? All things being equal, the former is more likely and Matthew and Luke would know that as well, but yet they want this route to explain the greatest man that ever lived that they contended was the Messiah and Son of God who died and rose again.

While there were some sects like the Ebionites who did not accept the virgin birth, they were not the main community at large. Naturally, Gnostic groups who wanted nothing to do with the material world would not hold to the virgin birth. Christians would be putting themselves at odds with Jews and Gnostics both.

But maybe this was done to fit in with the accounts of pagan gods and heroes and thus win over a Gentile audience. After all, weren’t there several accounts of virgin births in the ancient world be they Caesars or generals or Osiris or Attis or Mithras or any other number of figures? The Christians just saw this and decided that Jesus needed to be the same way. Right?

Again, this is not really a working solution to a problem. If Jesus was already seen by the world as a great man, this could have been a workable scenario. Jesus was a great man and lo and behold, he had a great birth as well. Unfortunately, while today humanity tends to universally see Jesus as a great man, in the ancient world, he was not. He was a criminal who died as a traitor to Rome on a shameful cross of crucifixion or to the Jew, he died as a blasphemer to YHWH who was under the curse of God.

Trying to make this man someone great by giving him a virgin birth would be like taking a gaping wound and putting a Band-Aid on it and expecting it to heal. There will still be far more blood coming out and the Band-Aid would stop only a tiny portion of it. What would have to be overcome is Jesus’ death. Now if the resurrection is true, the virgin birth is far more likely, but Christians would need to show the case for the resurrection first, which was far easier to establish than the virgin birth.

So, what about these pagan figures? Many of these did have unusual births, but few, if any, would be virgins. Mithras, for example, was born out of a rock wearing a cap and carrying a knife. Now to be fair, that rock was likely a virgin, but that was hardly a virgin birth. Osiris was born after he was dismembered and Isis collected all of his body parts, except for one which I’m sure the reader can guess, made an artificial one, and then had sex with his corpse. Yeah. That’s hardly a virgin birth.

By contrast, the accounts of Jesus are rather mild. There are no sexual details given and God is not described in sexual terms. This is nowhere near as passionate as, say The Song of Songs and certainly nothing you’d see along the lines of Fifty Shades of Grey.

The birth itself is also nondescript. Jesus is visited by special guests, but nothing unusual happens with the birth. This only shows up later on in accounts such as the proto-evangelium of James where time temporarily stops when Jesus is born.

This may not convince a sceptic that he should affirm the virgin birth, but it should show that it is not baseless fantasy. The Christian today can, on good footing, state that he or she affirms the virgin birth.

Nick Peters has mentored under apologists Michael Licona and Norm Geisler and currently attends seminary, pursuing a degree in philosophy. Nick has Asperger’s Syndrome, a high-function form of autism, which has become a guiding force in his ministry to disabilities within the Church. Nick’s apologetics focus is on the historical Jesus, biblical scholarship and evidence for the resurrection.