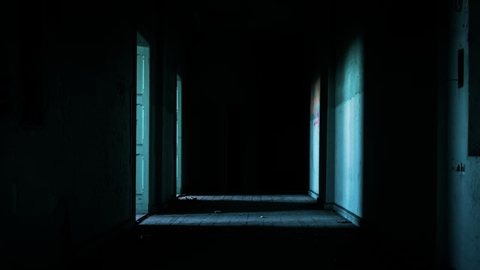 Erik Strandness explores the role of mystery in apologetics

Justin sat down with New Testament scholar Dale Allison to discuss his new book ‘Encountering Mystery: Religious Experience in a Secular Age’ and explore the role of mystical phenomenon in the religious life. Allison related his own experiences and explained why they are more common than many people realise, and why sceptics shouldn’t dismiss them out of hand. The discussion raised profound questions as to the role of mystery in apologetics and why it is largely ignored in the halls of academia.

Allison said that while he has always been fascinated by mystical experiences, he has been uncomfortable discussing them in public forums for fear of losing credibility with his peers. It wasn’t until he achieved tenure that he felt safe enough to write a book on this topic.

“I’m far enough in my career that I don’t have to worry about being hired again or getting a job or getting a raise. So, I’m a full professor with tenure, and I’ve already made my reputation as a historian. I really just want to be honest at this point. You take a certain pose when you’re in the academy. You write according to certain presuppositions, but I’ve always been interested in the subject in this book…and I’ve always wanted to write this book but I did not feel safe or confident…until relatively recent times.”

How sad that Christians in the ‘academy’ would limit themselves to a form of apologetics that excludes the mystical. How ironic that a God who walked with us in a pillar of fire and cloud would set off smoke alarms in the halls of higher learning and where professors, fearing that their students might get consumed by tongues of fire, carefully extinguish every burning bush. How many brilliant minds have been prevented from illuminating the mystical because they have been told to hide this particular epistemic candle under a bushel in the name of academic integrity?

Academicians seem content to speak about a God of history but get a bit nervous when He presents Himself in real time. They’re willing to allow Him to inhabit a philosophical realm but get uncomfortable when He sets his feet upon an earthly foot stool. They pay homage to His intellect by referring to His omniscience, they recognize His great power by offering up His omnipotence, and they acknowledge the divine elephant in the room by discussing His omnipresence. However, these designations, rather than inspiring us to dive into the mysterious depths, leave us standing on the intellectual shore observing Him from a safe distance. We teach the philosophical Omni’s of God but neglect the mysterious “Oh Mys”.

God isn’t an interesting philosophical curiosity, a theological construct, or a psychological crutch but the creator of the universe who happens to believe that a mystical resume  is a more powerful calling card than a scholarly CV. We therefore need to stop viewing mysticism as the red-light district of academia and cease treating those who have entered it as if they have acquired an STD (Spiritually Transmitted Disease).

We’re not in Kansas anymore

Allison had his first mystical experience at age 16. He was on the back porch of his home in Kansas “lost in thought looking at the stars” when suddenly “it was as though the stars came down from the firmament and as though they surrounded me, and they then announced the arrival or the presence of this great transcendent something…This was a loving presence, but it was also holy.” He described his reaction to this event as “mixed feelings of terror and adoration and affection all together.”

While the experience itself was profound he said “the important thing” wasn’t the “details but the…psychological fact that, however one explains this, it really did direct the entire course of my life.”

Interestingly, it was an Oz-like experience that caused him to skip down the yellow brick road to religious academia. Sadly, however, once he arrived, he was told to take off his ruby slippers, put on his intellectual work boots, and get down to the business of tilling the dusty theological fields of Kansas. It was only after the university wizards acknowledged that he had an academic brain that he was able to muster up enough courage to get to the heart of the matter.

Allison noted that human language is inadequate to describe these kinds of experiences and rather than trying to chronicle them, it may be more appropriate to venerate them.

Orthopaedic surgeon Mary C. Neal also noted the near impossibility of conveying mystical events in human language as she shared her near-death experience in her book ‘To Heaven and Back’. She said: “It is impossible for me to adequately describe what I saw and what I felt…the appropriate words, descriptions, and concepts don’t even exist in our current language.”

Interestingly, those of us who hear about these mystical experiences want all the details but find that those who have experienced them have difficulty putting them into words. I think that in addition to the limitations of language, many people also consider them to be intimate encounters that are best hallowed and not cheapened as apologetic tools. I’m reminded of an experience my father, a world-renowned vascular surgeon, had while awaiting surgery for a lung biopsy:

“The one experience I had during my second hospitalisation that I want to relate occurred on the day I went to surgery. I was lying on my side waiting. I said a small prayer asking for help and safety when suddenly I felt the presence of Jesus. It was so real that I looked out from my bed and even reached out my hand to touch him. He was there and it seemed so real. He told me everything would be okay! One has to experience such a thing to know what it really is or means. I am not a mystic or given to visions. This experience took me completely by surprise and even now it is as real as it was that early morning.” (D. E. Strandness, Jr. )

When I pressed my dad to describe what Jesus looked like, how He talked, or the look of his robe, he didn’t answer; he was completely uninterested in my questions; it was the presence of Jesus that was important to him. My dad’s pastor later told me that when my dad related this experience to him, and he asked for additional details, my dad just silently wept. I think Jewish theologian Abraham Joshua Heschel said it best:

“Reverence is one of man’s answers to the presence of mystery…When we stand in awe, our lips do not demand speech, knowing that if we spoke, we would deprave ourselves. In such moments talk is an abomination.” (Abraham Joshua Heschel)

One of my favourite movies is The Secret Life of Walter Mitty starring Ben Stiller and Sean Penn. Stiller plays the main character Walter Mitty who is trying to find the photojournalist Sean O’Connell played by Penn. In one scene, the two of them sit together on a hillside as Sean waits to get a picture of a rare snow leopard.

Sean: They call the snow leopard the ghost cat–never lets itself be seen.

Sean finally got his opportunity to photograph the rare cat but the moment he saw it in the viewfinder he held back and didn’t take the picture. He then explained to a baffled Walter that he wanted to be in the moment and didn’t want the camera to get in the way. Academicians similarly want to photograph God but those who experience Him just want to stay in the moment because they know a beautiful Saviour doesn’t ask for attention.

I remember an illuminating conversation I had with the father of one of my apologetics students. He told me that his son was concerned with all the evidence I was providing for the truth of the Christian worldview because he felt like I was neglecting the role of mystery in revealing God. As a science guy, I have always attempted to decrease the distance between the known and unknown, but this encounter made me realise that I had failed to respect the epistemological power of mystery.

There will always be a gulf between our knowledge of God and the reality of God. A sea of mystery separating the immanent human beach chairs of reason from the transcendent Divine shore beyond the horizon. Sadly, we spend all our energy building a bridge over that enigmatic sea, instead of standing on the edge, taking a deep breath, and with fear and trembling, jumping in and swimming the mystery.

The common grace of mystery

Allison noted that his mystical experience, rather than being otherworldly, felt like it was the most real thing ever.

“It was actually as though (the experience) was the really real and the rest of the world (wasn’t).”

If mystery reveals what is really real then why do we set it aside and instead take intellectual arguments to Judea, Samaria and the rest of the world? Why do we hide noumenal profundity behind a curtain of academic respectability instead of listening to the stories of those who have peeked behind the veil?

I remember a particular class discussion I had with men in the treatment program at the Union Gospel. I asked them if any of them had ever encountered God? Initially they were all silent until I revealed my own personal encounter and then the flood gates opened, and they all related stories of brushes with the divine. I was quite surprised, but it helped me see that the number of reported mystical encounters is but the tip of a mystical iceberg.

Allison noted that the sheer quantity of books describing these kinds of experiences should prompt us to consider that they may be the norm rather than the exception.

“Academics don’t pay attention to this literature…they’re allergic to it, but if you read these books a lot of them are just reporting what people said happened to them…I think if we have so many people saying these things happened we should at least take notice.”

It may be that mystical encounters aren’t just special revelations, but one more form of common grace raining down upon both the just and unjust.

Jesus told many of those He healed not to tell anyone what had happened. A phenomenon theologians call the Messianic secret where Jesus kept His identity under wraps until His appointed time. What if, however, Jesus wanted those He healed to hallow the moment and not turn it into a miraculous dog and pony show? Maybe He wanted them to treasure a pearl of great price and not throw it to swine. Maybe he wanted them to savour the moment and taste and see that He was good rather than use it to write a theological cookbook.

Allison has honoured this idea by taking mystery out of the closet and making it respectable. He has done so not to make it one more piece of evidence for God’s existence, but rather to encourage us to be on the lookout for burning bushes so that when we encounter them, we will take off our sandals and run our toes through the warm sand of hallowed ground.

Listen to more of Dale Allison on Unbelievable here

Erik Strandness is a physician and Christian apologist who has practised neonatal medicine for more than 20 years.