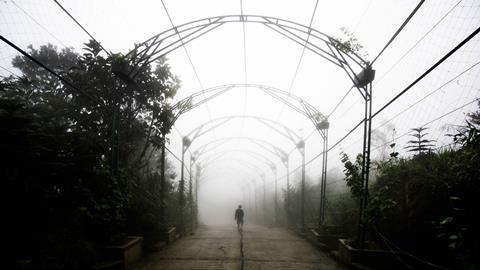 Can a personal conversion story be enough to persuade a skeptic?

Christian Philosopher Kenneth Pearce says that our personal religious experiences can provide testimony that is persuasive to some, but not for everybody

Having published my own dialogue with atheist philosopher Graham Oppy on the evidence for God, I enjoyed watching similar issues being debated in his recent Big Conversation with Christian theologian Guillaume Bignon.

Guillaume Bignon tells us that a series of improbable events that took place in his life, leading to his conversion from atheism to Christianity, are best understood as the providential hand of God. Graham Oppy does not dispute that these things really happened to Guillaume, but he maintains they are best understood as mere coincidences.

I must confess that I share Graham’s skepticism about this sort of claim. As Graham points out, there are also many improbable events that led to his becoming a leading atheist philosopher of religion. It is difficult to understand how that fits into God’s providential plan. And there are plenty of events far more puzzling for providential theists than Graham’s career. Insofar as we humans have some notion of what kind of world a providential God would create, it seems like it wouldn’t be this one. On the totality of the evidence, then, it doesn’t seem that specific events in human biographies support providential theism. The theist must admit that God works in mysterious ways—in other words, that our conception of God would not lead us to predict the data we observe.

Of course, explaining the events of Guillaume’s own life is likely to be more important to Guillaume than explaining the world in general. But when reasoning by inference to the best explanation, we can’t just favor the data we care most about. This kind of reasoning is meant to be objective. You have to take impersonal account of all the available data and see which available theory explains them best. In such an endeavor, Guillaume’s story is a drop in the ocean—and much of that ocean is notoriously difficult for defenders of divine providence to explain.

This is not to deny that Guillaume’s experiences might provide objective evidence for divine providence. Rather, it’s to say that, viewed objectively, these experiences are part of a much larger body of evidence. From this broader perspective, they have little weight, and it’s hard to see how a providential God could be inferred as the best explanation of the totality of the available evidence.

On the other hand, it certainly must matter very much to Guillaume that this is his own experience we’re talking about. And, as a matter of biographical fact, these experiences did in fact radically change Guillaume’s beliefs. If these experiences don’t provide significant objective evidence, does that mean that his change of belief was irrational? I don’t think so.

I think not. If you had learned that there was wide agreement, you would have become more confident in your judgment. Since you in fact learned there was no such agreement, you should become less confident. But there is no need to abandon your judgment altogether. You can’t get around the world or learn anything or do science without trusting your own senses. Indeed, you only know what other people are telling you because you trust your ears when it seems that people are telling you they disagree! You can think another person is confused or hallucinating or lying without disaster. But if you cease to trust your own senses, you’re in trouble. This is why ‘who are you going to believe, me or your lying eyes?’ is a punchline and not a serious question.

One consequence of this observation is that Guillaume should be more certain about his own life story than about other stories he hears, and divine providence, he maintains, makes good sense of his story. This is relevant to evaluating objective evidence in the way described above. However, even if there may be a bit of room for doubt, it would certainly be a mistake to reject all the stories that are inconvenient for the theory of divine providence. Guillaume rightly avoids this mistake, and is therefore forced to recognize a bit of mystery.

Another consequence, though, is that Guillaume’s experience may give him a kind of evidence that isn’t objective, that can’t be treated in quasi-scientific fashion, and isn’t directly communicable to others. I can tell you what I’m seeing, but you can’t literally see through my eyes. Perhaps my report of what I’m seeing can serve as public evidence (more on that in a moment), but my experience of seeing is mine alone, and it provides for me a kind of evidence that I can’t give you. In the same way, Guillaume, it seems, has reached a place where he can’t help but see the hand of providence in his life. For him, seeing it firsthand, this can provide a very powerful sort of evidence. But it’s not evidence he can give to me, or to Graham. We haven’t lived his life and can’t see through his eyes.

Guillaume’s story can’t be the same kind of evidence for the rest of us that it is for him. Does this mean it’s irrelevant to us? I don’t think so.

From early childhood—long before we begin thinking critically about these matters—we trust not only our senses but also other people. This kind of trust is also unavoidable. We would never survive childhood without trusting parents and teachers. Additionally, as much as scientists are concerned with questioning and testing everything, and making sure experiments can be replicated, an individual scientist can’t actually replicate all of the experiments she relies on. Instead, she needs to trust other scientists to report their observations accurately.

Philosophers call this kind of reporting ‘testimony’. In this broad sense, testimony occurs any time I tell you something with the expectation that you’ll believe it on my say-so. When, for instance, I tell you I ate breakfast this morning, I don’t expect you to ‘do your own research’; I expect you to believe me.

Some philosophers think that testimony just is a kind of ordinary objective evidence. On this view, when I tell you something, you take the sounds you hear (or squiggles you see) as data and construct a hypothesis to explain them: the hypothesis that I produced those sounds on purpose to express a belief. You then have to develop a hypothesis as to why I hold that belief. If the best explanation of my holding the belief involves the belief’s being true, then you should hold that belief as well.

Many other philosophers (myself included) think this approach to testimony is mistaken. Although we may rely on views about the circumstances in which humans ordinarily lie, make mistakes, or tell the truth, we don’t (and shouldn’t) engage in this kind of purely impersonal inference to the best explanation. Instead, trusting someone else involves a kind of social relationship whereby I rely upon that person for the truth of the testimony.

If you’ve heard Guillaume’s testimony, that’s enough for you to stand in some kind of social relationship with him. The question of what kind of social relationship that is, and what kind of trust you might be willing to place in him, is highly individual. Most will (and should) trust him at least for the broad outlines of his own life story. But should that trust be extended so far as to believe his testimony about the role of divine providence in that story?

Generally, we don’t believe wild stories or tall tales told by strangers. Additionally, when people make claims that are outside what they can directly observe, we’re usually far more skeptical than if they’re merely reporting what they’ve seen and heard. So if (like Graham) you start from a position of thinking that Guillaume’s story about divine intervention is a little wild, and that the kind of direct perception of divine providence he describes is impossible, your trust in him is unlikely to extend far enough to change your mind. On the other hand, if you are already a Christian (or think Christianity is likely to be true), you may be much more inclined to trust his story.

A Leap of Faith?

Does this kind of story have anything to say to the skeptic? One thing we often do when we’re skeptical of what someone claims to have seen is try to go see for ourselves. Perhaps they can instruct us where to go and what to look at. When it comes to seeing our lives in new ways, often what’s required is a leap of the imagination, to try to see what it would be like to interpret the events of our lives through the lens of divine providence, for instance. Narratives can be very helpful in expanding the imagination. In this way, those who don’t trust Guillaume as a witness may be able to trust (and test) him as a guide, to try for themselves the trajectory he describes.

Regarding this interpersonal trust, however, the problem of diversity arises again. Just as the objective evidence points every which way, and doesn’t add up to consistent support for theism, so also the testimony points every which way. But the need to decide whom to trust and how far to trust them is a pervasive and unavoidable feature of human life. These decisions cannot be made on the basis of objective evidence alone. They are fundamentally personal and interpersonal.  This helps to explain why—as both Guillaume and Graham agree—evidence and argument alone are unlikely to produce conversions of the kind Guillaume experienced. This fact, however, does not render such conversions necessarily irrational.

Kenneth L. Pearce is Professor of Philosophy at James Madison University and co-author with Graham Oppy of ‘Is There A God: A Debate’